A Tribute to Our Veterans 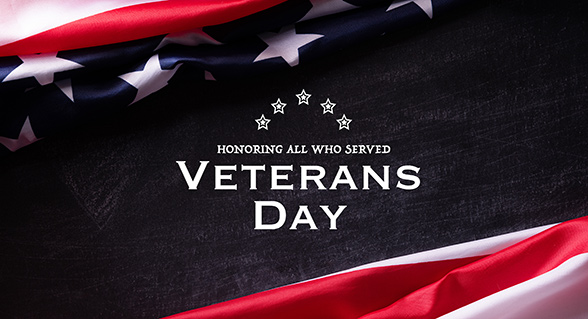 Veterans Day is an opportunity to honor the sacrifices made by all U.S. veterans – living or deceased – for serving our country during war or peacetime. It falls on November 11 each year, which is the anniversary of the signing of the armistice that ended hostilities between Germany and the Allied Nations, marking an end to World War I.

World War I officially ended when the Treaty of Versailles was signed in June of 1919. However, the fighting stopped seven months prior when an armistice was signed and went into effect, temporarily stopping the fight between the Allied Nations and Germany. The armistice was signed on the 11th day of the 11th month at the 11th hour in 1918. The first Armistice Day, now Veterans Day, was observed on the anniversary one year later, in 1919.

President Wilson marked the occasion when he proclaimed “To us in America, the reflections of Armistice Day will be filled with solemn pride in the heroism of those who died in the country’s service and with gratitude for the victory, both because of the thing from which it has freed us and because of the opportunity it has given America to show her sympathy with peace and justice in the councils of the nations...”

Americans observed the day by having a moment of silence beginning at 11 a.m. and suspending all business activities for several minutes, and having public parades or town hall meetings. Armistice Day wasn’t recognized as a legal holiday until 1938 – two decades after the end of the Great War.

The Veterans Day National Committee holds a ceremony every year on November 11 at the Arlington National Cemetery in Virginia in observance of Veterans Day and to honor those who have served in the United States Armed Forces. The observance begins at 11:00 a.m. with a wreath-laying ceremony at the Tomb of the Unknown Soldier. It continues inside the Memorial Amphitheater with a parade by veterans' organizations and speeches from American leaders.

There will be many regional Veterans Day observances held throughout the country. To learn more about Veterans Day events and activities, go here.

Resources For Our Veterans

There are more than 11 million adults aged 60 and older alive today who served in the military. Many veterans need help adjusting to civilian life after leaving the military, and during their retirement.  Here are a few resources:

We are grateful for the sacrifices of the men and women of our Armed Forces, who have made living in our great nation possible. All of us here at GA Foods sincerely thank all United States veterans and active-duty troops for their service to this country. We are proud to be a meal provider to you! 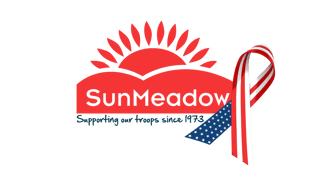