Can the foods we eat impact our mental health? 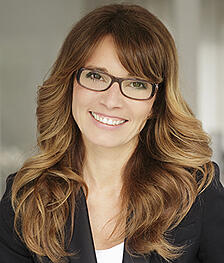 This week we welcome our guest blogger, Felicity Dryer.

Felicity is a women's health and fitness specialist. She loves writing, and due to the recent illness of her mother, has taken interest in senior care. Please be sure to download her infographic about superfoods!

According to many studies, yes. Foods high in antioxidants and omega-3 fatty acids, for instance, have been shown to improve cognitive function and memory. And while such foods can have a positive effect on people at any age, seniors most notably can reap the benefits of certain foods as they are more susceptible to memory loss and cognitive diseases.

Let's take a look at some of the so-called "superfoods" that could fight dementia, Alzheimer's and similar disorders.

Nutrition for Our Brain Cells

Topping the list for brain power foods is the blueberry. This small fruit packs more antioxidants than any other fruit and vegetable. Most notably, the polyphenol antioxidant found so abundantly in blueberries has been shown to protect the brain from, among other things, inflammation and free radicals.

A 2007 National Institute on Aging study showed that rats on a blueberry-enhanced diet had significantly less brain loss than those on a controlled diet. Another study in the same year, presented by the Neuroscience Laboratory of the USDA-ARS Human Nutrition Research Center on Aging at Tufts University, seemed to confirm that blueberry consumption led to a protection of brain nerve cells and improved communication between these cells. This could promote better brain function and reduce the likelihood of impairment. 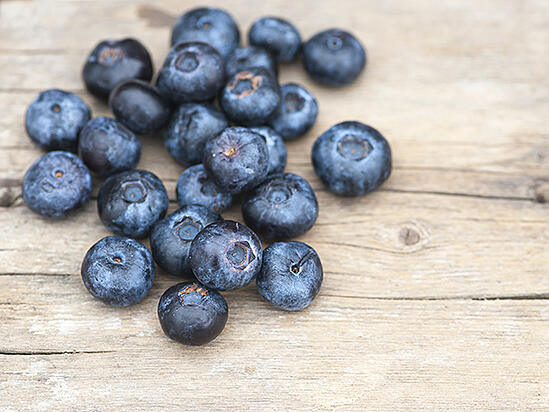 Another tiny yet powerful food is the chia seed. Chia seeds contain even more antioxidants than blueberries, which is good news for your brain. These antioxidants fight free radicals, which can cause damage to our body's cells--including our brain cells. These little seeds also have the omega-3 fats that are essential to brain health.

Other foods high in antioxidants and omega-3's that could help maintain brain power include:

Drinking Our Way to a Better Brain

There's not only "superfoods" but "superdrinks" for our brains as well.

Real acai juice can have a tremendous effect on memory and mental focus. Not only do acai berries contain antioxidants to destroy free radicals, they can also prevent the formation of plaque in the brain caused by beta-amyloid proteins, which have been shown to play a part in Alzheimer's.

Pomegranates are shown to decrease cholesterol plaque build-up; studies have shown that increased levels of bad (LDL) cholesterol and subsequent plaque buildup is linked to Alzheimer's. One can reap the best benefits from pomegranates by drinking pomegranate juice. Also, both black and green tea have free radical-fighting elements that can keep our brain cells healthier.

And can't get enough of the health benefits of blueberries? Drink blueberry juice. Several studies have shown that older adults who drank blueberry juice daily improved their memory performance by as much as 20 percent!

A Mind is a Terrible Thing to Waste

About 40 years ago, the United Negro College Fund (UNCF) used the above slogan in an effective ad campaign. The phrase can easily apply to dementia and related disorders.

Of course there are many factors that play a role in the development of Alzheimer's and other cognitive diseases, and it's certainly not suggested here that specific foods are a cure-all or a total preventative measure for Alzheimer's, dementia or mild cognitive impairment.

But if eating the right foods could help in any way at all to prevent or delay the onset of mental decline, it's certainly worth making the necessary changes to our diets to maintain not only our physical but our mental health as well. 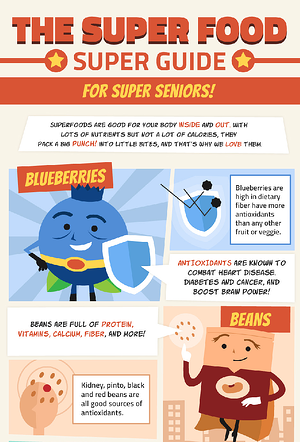 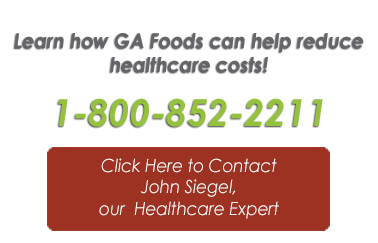